How to Use Single User Tally on Multiple Computers without LAN Connection? 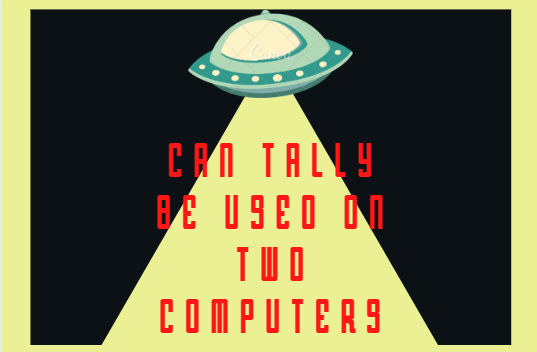 In this blog post, you will learn about how to use Single User Tally on multiple computers without LAN Connection. Tally.ERP 9 is a critical application that comes up with two editions, i.e. Single License Tally & Multiple License Tally.

However, there are a huge number of folks who want to know that – Can I use Tally in two computers or not?

So, in this blog post, we are going to answer how can I use Tally ERP accounting application on multiple computers without any fail.

Can I Use Tally on Two Computers – Query Resolved

If you are familiar with Tally, you must know that it comes up with two types of licenses available: Single User License & Multiuser Tally License. With Single License Tally, one can only install Tally software in a single Computer and while in Multi-user Tally License, it can be installed on several systems through a local network.

The question is that we can use single user Tally account with NetID on several computers. Absolutely, you can do it easily. But It is the necessary condition that the same User Id & password are not being used on multiple locations at the same time.

At the same time, however, any user can use Tally Single License software on several computers but only if none of the IP addresses will match the same. In short, anyone can use the single-user Tally Software on PCs & Devices, but one cannot use the Tally single license at the same time.

On the contrary, you can also setup & configure Tally Software on a LAN server using the remote desktop application. Accessing Tally through RDP will lead to various issues like Networking failure, data loss corruption, etc.

How to Use Tally Single User on Multiple Computers?

This can be done so much easier with the help of NetForChoice Tally ERP 9 on Cloud Service. You can try the free demo version of the software on any of your devices including Mobiles, Laptops, Tablets, etc. You can easily host or store Tally data on NFC Servers, which are tier-IV Bare Metal Servers & best in Asia. There are various advantages that come up with this service including:

As from above, we can easily analyze that there is a large number of advantages that come up with this Tally Service that will help the users to use Single User Tally on Multiple Computers without LAN Connection. One only needed to have Internet Connection to access Tally Data on your device. Simple service available at present with cost-effective prices for small businesses without any additional pricing.

Susheel Kumar is a Technical Analyst & Marketing Professional at NetForChoice, a pioneer in Cloud Computing Technology with many Hosting Solutions & Services.